Trump’s garbled response probably wasn’t a sign he’s planning to subvert the election. But it was a failure of presidential competence. 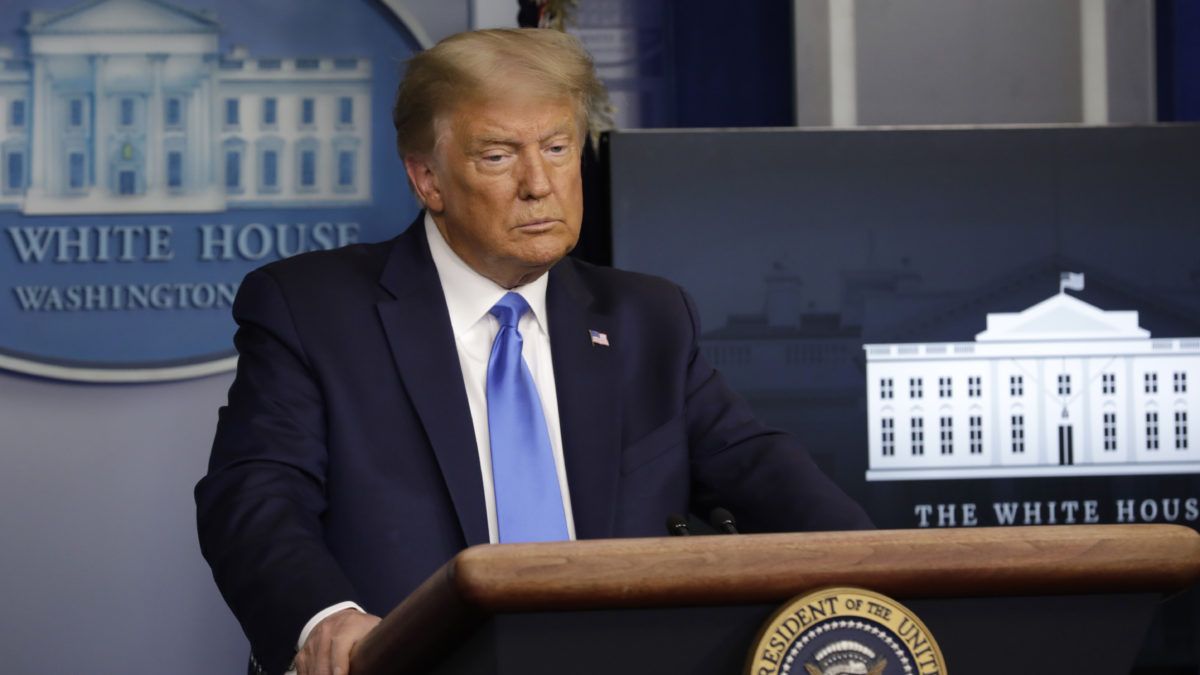 Asked at a press conference yesterday whether he would “commit here today for a peaceful transferal of power after the November election,” President Trump declined to answer in the affirmative.

Instead, he offered a non-committal response before diverting to a secondary pet peeve. “Well, we’re going to have to see what happens,” he said. He then complained about the voting process. “You know that I’ve been complaining very strongly about the ballots, and the ballots are a disaster,” he continued, presumably referencing this year’s expected uptick in mail-in voting, which the president has repeatedly criticized.

Once again, the reporter pressed Trump on whether he would “commit to making sure there’s a peaceful transferal of power.”