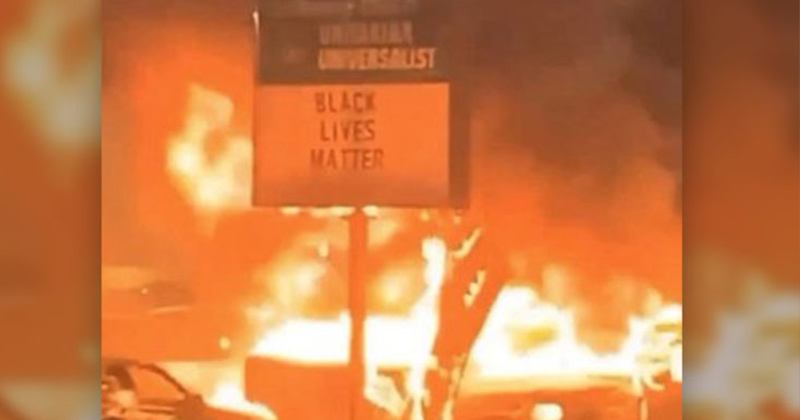 A local resident claims many out-of-towners traveled to Kenosha for the purpose of rioting and burned down many black businesses as civil unrest continues following the police involved shooting of Jacob Blake, a black Kenosha resident, when they were called to a domestic disturbance.

Several business were torched as the Wisconsin city was plunged into civil unrest to cap off a summer of rioting and violent protests against police brutality and so-called “systemic” racism.

An article published by Reuters revealed how one resident talked about the destruction of black businesses–in protests purportedly conducted to raise awareness of black struggles.

“Arsonists set several buildings ablaze and torched much of the Black business district in a second night of unrest in the city of Kenosha, Wisconsin, triggered by the wounding of a Black man shot in the back by officers,” Reuters tweeted.