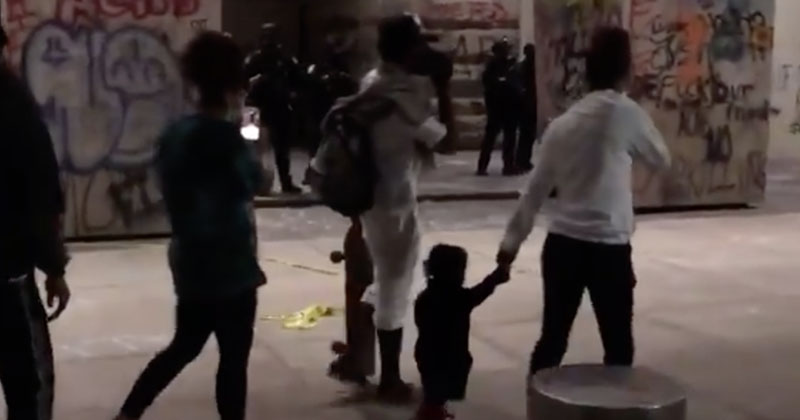 Video out of Portland, Oregon, shows a Black Lives Matter activist carrying around a baby as a human shield during a heated protest with police over the weekend.

The video shows the protester carrying the infant in front of her and walking him along in front of nearby riot police guarding the Federal Courthouse as accomplices were recording with their phones, presumably hoping to catch a violent altercation involving the child.

[…] Users on social media noted using a child as a human shield comes right out of terrorist playbooks, such as Hamas, who used children as human shields when trying to breach Israel’s border.