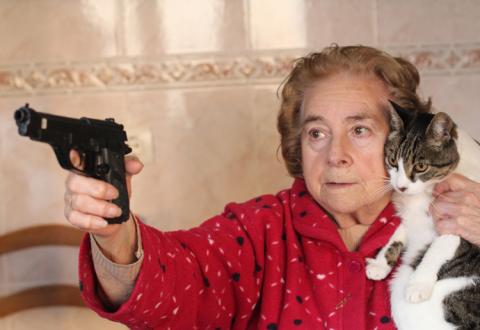 As a thought experiment, try to imagine what people would do if there were no public police forces (as was the case in most places for much of the nineteenth century). I know some people will immediately imagine widespread looting and criminality—not unlike what we’re seeing currently despite the proliferation of police forces—but the thought experiment calls for some introspection on how one may protect against these behaviors in the absence of a police force.

For conservatives and libertarians, at least, the first thing that probably comes to mind is armed self-defense. Without the police to turn to, we would want to arm ourselves to prevent violence and theft. Not only do firearms provide some means of stopping criminals, as stories of thwarted home invasions amply illustrate, but gun ownership produces a well-documented deterring effect on crime to begin with (many studies do contest this effect, but with painfully disingenuous data analysis, such as comparing state laws with state crime rates, as if low-gun/high-crime Chicago didn’t drastically alter the Illinois data).