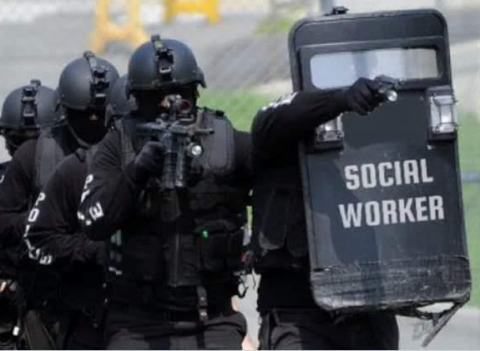 “Defund the Police” is the latest rallying cry for protestors in many cities across the nation. Many activists, enraged by the brutal killing of George Floyd by Minneapolis police, are calling for completely disbanding the police, while others are seeking reductions in police budgets and more government spending elsewhere. However, few activists appear to be calling for a fundamental decrease in the political power that is the root cause of police abuses.

Many “Defund the Police” activists favor ending the war on drugs. That would be a huge leap forward toward making police less intrusive and oppressive. But even if police were no longer making a million plus drug arrests each year, they would still be making more than 9 million other arrests. Few protestors appear to favor the sweeping repeals that could take tens of millions of Americans out of the legal crosshairs.