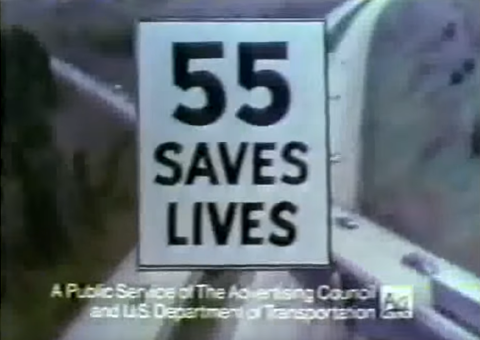 During the oil crises of the 1970s, Congress attempted to lower gasoline consumption by mandating a lowered speed limit for vehicles on all highways. But the efforts quickly evolved into a national campaign to increase traffic safety through lowered speed limits. Government data showed that thousands of lives could be saved per year by enforcing lower speed limits.

Millions of American motorists, however, were unimpressed. Widespread noncompliance resulted as many Americans concluded it was better to accept higher risk of death on highways—for themselves and for those around them—than to travel at reduced speeds. Government propaganda efforts such as the “55 Saves Lives” slogan proved ineffective, and the national speed limit was repealed in 1995.