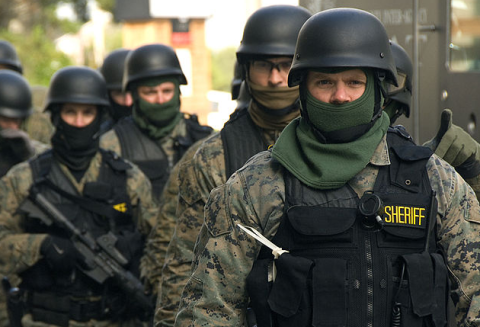 Now, obviously, that has always been a rather naïve fantasy, but the notion certainly has long had a long history of support among American conservatives. The idea that unionized, well-paid government employees sympathize with the common man instead of with the government that signs the cops’ checks apparently has long made sense (for some reason) to conservatives and many others.