Aggressive police tactics are likely to worsen the situation. 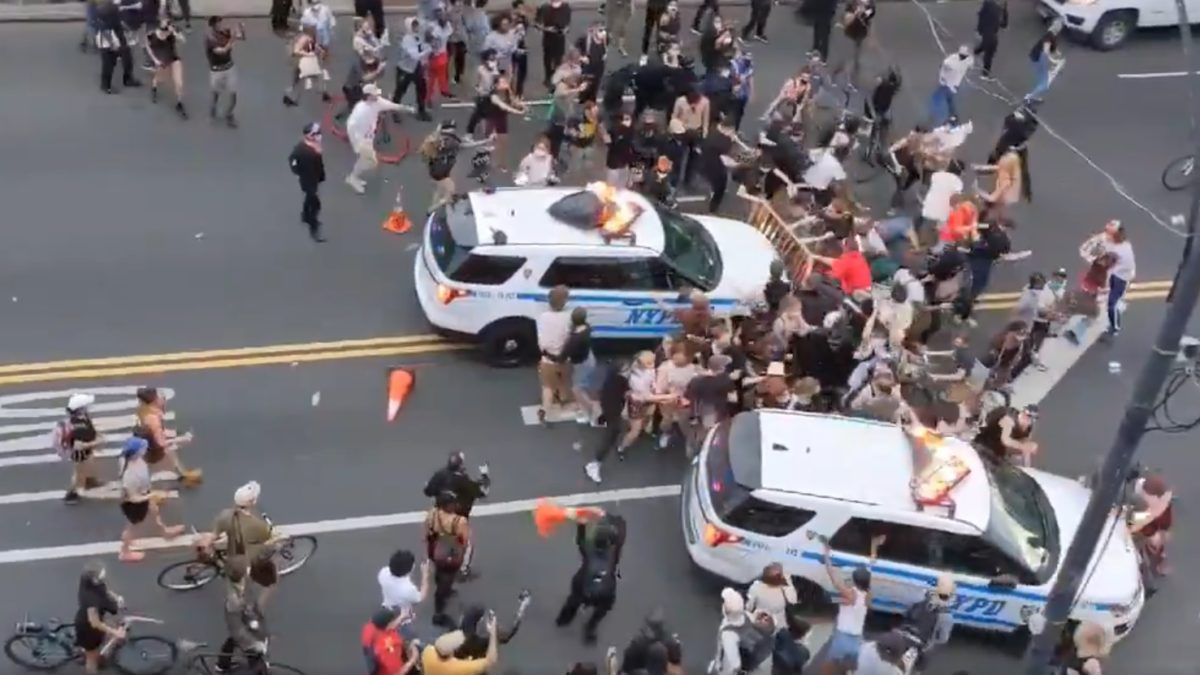 It’s already a surreal scene: The National Guard and local police are marching through a leafy neighborhood in Minneapolis. Then the shooting starts.

Tanya Kerssen was standing on her front porch filming the procession of armored vehicles and riot gear–clad troops rolling through Whittier, a neighborhood a few blocks north of where protests over the killing of George Floyd, an unarmed black man, had recently turned into riots. The National Guard had been called in to help restore order and enforce an 8 p.m. curfew set by Minnesota Gov. Tim Walz. Kerssen was complying with that order—the curfew applies only to public spaces, not private ones like residences, porches, or front yards—but she became a target anyway.

“Light ’em up!” someone can be heard shouting in the video. Then bean bag rounds and paint canisters are fired at Kerssen and others, who quickly flee inside.