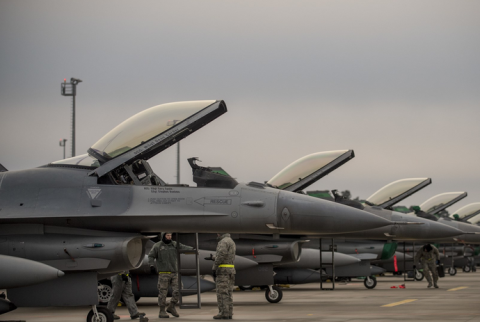 Donald Trump likes to posture as a tough guy and part of that tough guy persona involves bragging about how much he’s spent on the US military. This tendency was on full display in a tweet he posted three days after an American drone killed Iranian Major General Qassem Suleimani in Baghdad:

The United States just spent Two Trillion Dollars on Military Equipment. We are the biggest and by far the BEST in the World! If Iran attacks an American Base, or any American, we will be sending some of that brand new beautiful equipment their way…and without hesitation!

That tweet was as much a message to the American public as to Iran’s rulers. Its subtext: Donald J. Trump (and he alone) has restored the US military to greatness after two terms of neglect under the less-than-watchful eye of Barack Obama; he’s not afraid to use it; and he deserves credit for everything he’s done, which means, of course, widespread political support.