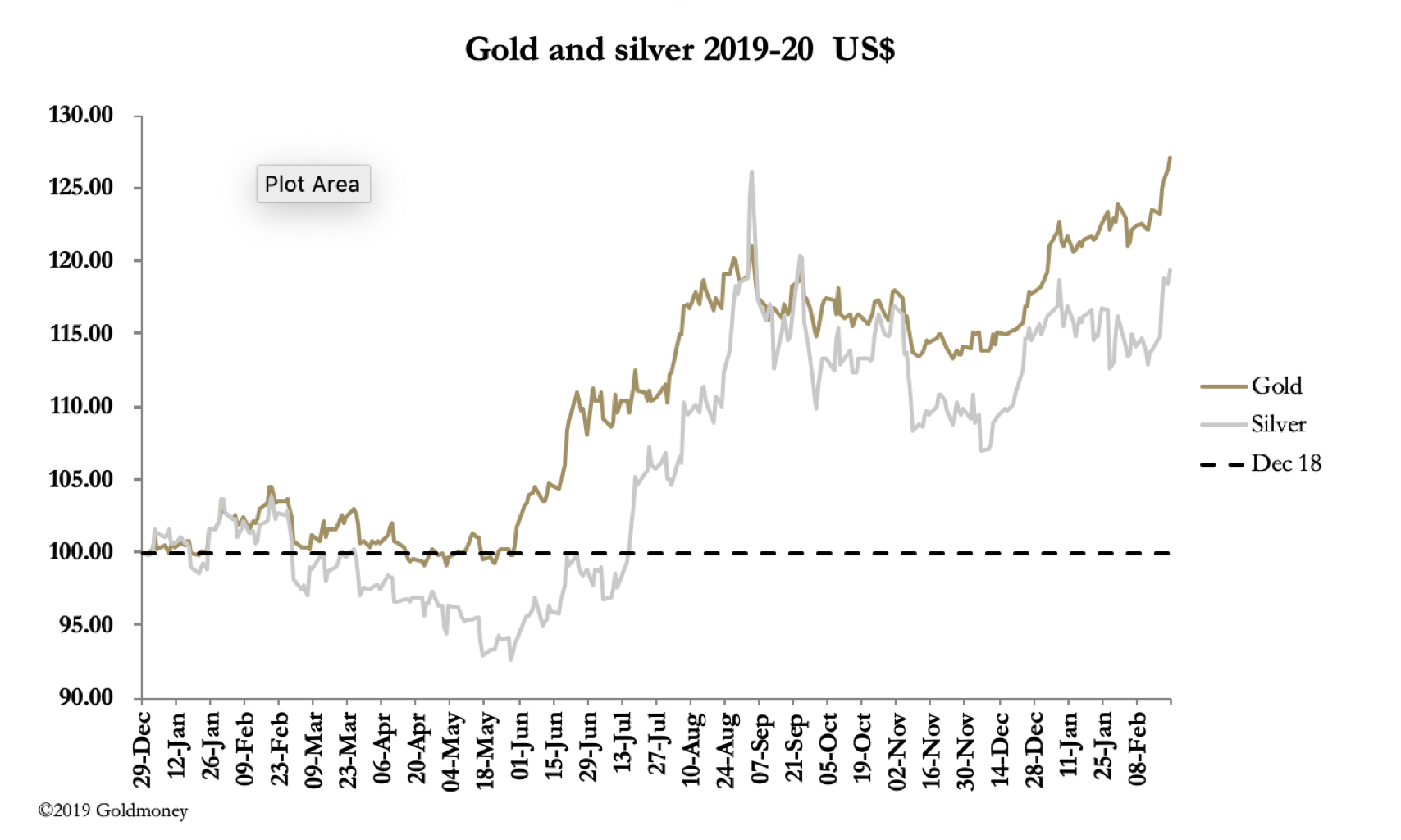 Gold and silver performed strongly this week as it became clear to a wider investment audience that a new bout of coordinated global money-printing is ahead. Gold rose $50 from last Friday’s close to trade at $1633 in European trade this morning, while silver rose 75 cents to $18.50 over the same timescale.

On Comex, open interest in the gold contract has soared 75,000 contracts since 12 February, as shown in our next chart.

[…] With open interest at over 700,000 contracts again, his move threatens the bullion banks, who appear to have lost their normal control over the bullion market. Interestingly, it occurs at the same time as renewed strength in the dollar’s trade-weighted index, which has risen on the back of a weak euro and yuan. This is our next chart.