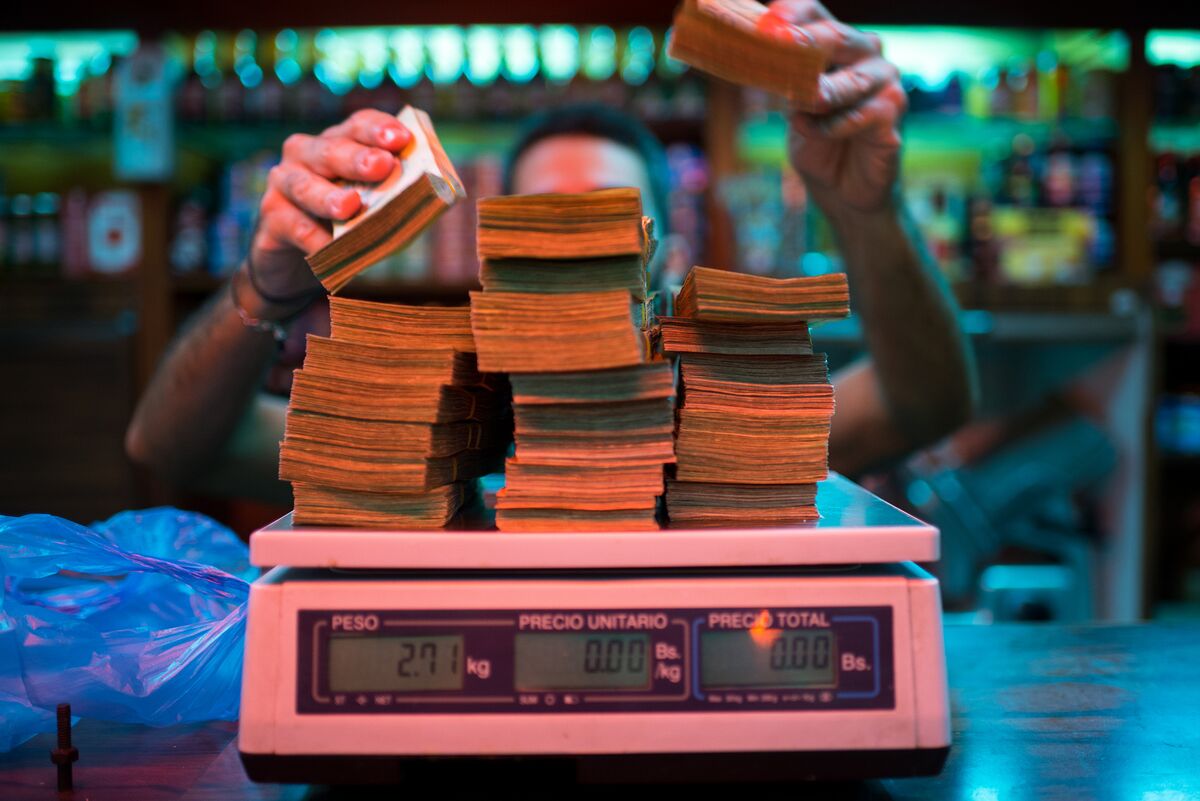 At a delicatessen counter in eastern Caracas, Humberto Gonzalez removes slices of salty white cheese from his scale and replaces them with a stack of bolivar notes handed over by his customer. The currency is so devalued and each purchase requires so many bills that instead of counting, he weighs them.

“It’s sad,” Gonzalez says. “At this point, I think the cheese is worth more.”

It’s also one of the clearest signs yet that hyperinflation could be taking hold in a country that refuses to publish consumer-price data on a regular basis. Cash-weighing isn’t seen everywhere but is increasing, echoing scenes from some of the past century’s most-chaotic hyperinflation episodes: Post-World War I Germany, Yugoslavia in the 1990s and Zimbabwe a decade ago.

“When they start weighing cash, it’s a sign of runaway inflation,” said Jesus Casique, financial director of Capital Market Finance, a consulting firm. “But Venezuelans don’t know just how bad it is because the government refuses to publish figures.”