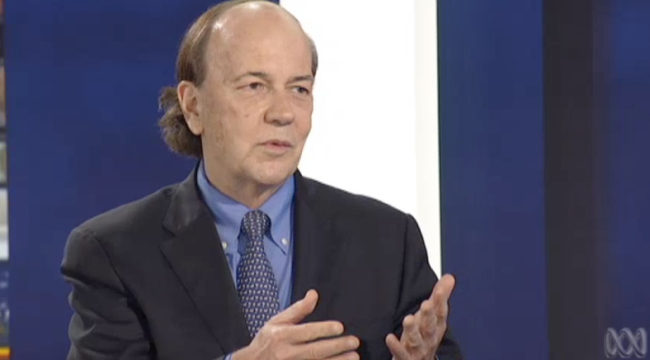 In Jim Rickards latest interview (full interview found here) while on location in Sydney, Australia he discussed his forthcoming book “The Road to Ruin: The Global Elites’ Secret Plan for the Next Financial Crisis.” While at The Australian Broadcasting Corporation (ABC) Rickards reveals his full take on the upcoming U.S elections and analysis on the latest Fed policy.

Ticky Fullerton, the ABC presenter for the show The Business, asked Rickards about the anticipation of a market crisis by elites. After explaining that his commentary is well documented he noted on the looming financial crisis that “The elites see this coming. They are signaling each other. When I say elites, it’s not a deep dark conspiracy. Christine Lagarde, Mario Draghi, Claudio Borio and Janet Yellen [that] are central bankers, academics and policy makers from around the world. They all know how fragile the system is.”

“They don’t want to talk about it publicly. I have had a lot of private one-one-one’s with a number of people I would put in that circle. Privately they will tell you the system is unstable.”