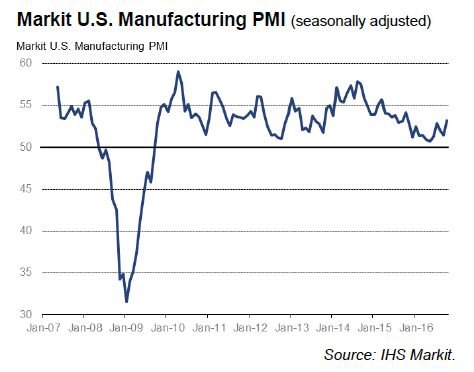 The report also shows input cost inflation is the strongest in nearly two years, hiring is subdued, and export growth is weak.

Manufacturing production has now increased for five months running, following a slight dip in May. The rate of expansion in October was the fastest for exactly one year. Survey respondents cited an accelerated pace of new business growth and, in some cases, efforts to boost production in anticipation of stronger client demand in the months ahead.