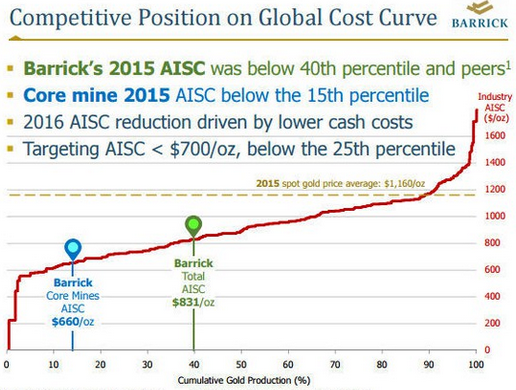 Barrick Gold is the biggest name in the business, but right now it’s resting on the bargain rack.

The stock just about doubled to start the year as gold prices posted a tremendous rally. However, over the past three months, it’s lost about a fifth of its value.

It could fall further, too. Conventional wisdom has the Fed raising rates by the end of the year. Hence the retrenchment in gold and gold miners.

That’s just a short-term blip, though.

You may recall that a few weeks ago I made the point that once the Fed does eventually raise rates, it’s likely to allow for a considerable cooling period. That period is likely to yield a rebound similar to the one we saw in the first half of 2016.