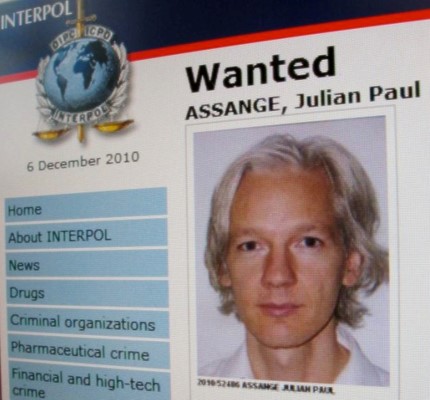 The saga of Julian Assange seems to be drawing to a climax – one that will decide the fate of this historic whistleblower who, for years, has been a giant thorn in the side of governments everywhere.

His role in exposing the machinations of the US government over the years earned him the plaudits of liberals – until the Bush era ended, and he started exposing the crimes of the Obama administration and – most pointedly – the hypocrisy and venality of Hillary Clinton and her journalistic camarilla. Now we see right-wing figures like Sean Hannity and – yes! – Donald Trump praising and defending him, while the ostensible liberals take up the cry of the Clinton campaign that he’s a “pawn of the Kremlin” and a “rapist.” Even Glenn Greenwald, formerly a comrade-in-arms, who together with Assange helped Edward Snowden evade the not-so-loving arms of Uncle Sam, has lately sought to distance himself from the founder of WikiLeaks (over the value of “curation”). Nice timing, Glenn!

Funny how that works.