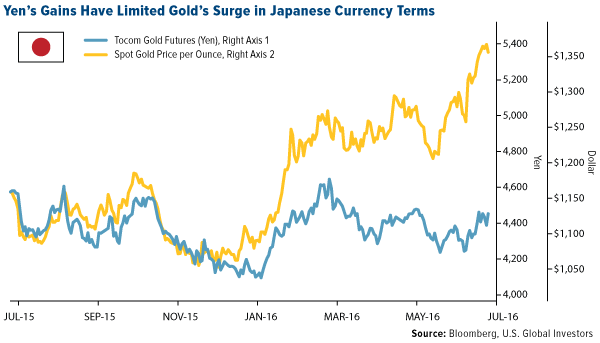 – The best performing precious metal for the week was palladium, up 4.89 percent. Wage negotiations started this week in South Africa with opening demands including a 15 percent hike for the highest paid employees and a 47 percent hike for the lowest paid. With the threat of possible strikes and a 19-percent rise in auto sales in China reported for June, related to tax cuts on auto purchases, we could see further upside in palladium prices.

– “Gold is the unprintable currency, unlike the yen,” said Itsuo Toshima, former regional manager for the World Gold Council in Tokyo. According to Bloomberg News, Abenomics skeptics are selling the yen to buy this unprintable currency – gold. Individual investors drove a 60 percent jump in sales of the precious metal in June from May at Tanaka Holdings, the operator of Japan’s largest bullion retailer.