The long-term outlook for silver is very positive indeed, but over the short to medium term it looks set to react, says technical analyst Clive Maund. 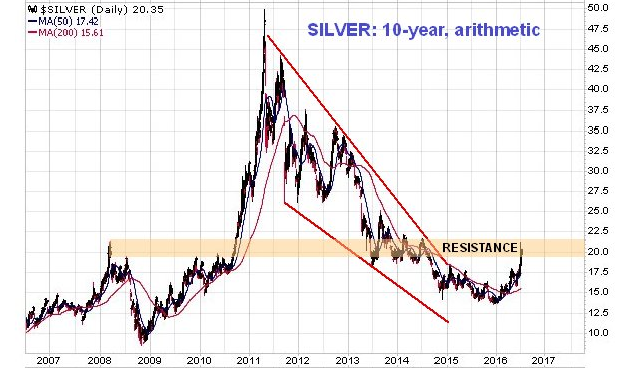 On its short-term 3-month chart (below), we can see that, after rising sharply late last month, a sizeable bearish “shooting star” appeared on the chart on heavy turnover at the start of this month, at a time when silver was critically overbought, which indicates a high probability that silver will react back soon.

[…] On the 6-month chart we can see why silver might react back here—it has just arrived at the top of an expanding uptrend channel in a very overbought state. Thus, a reaction back looks likely, and this would be a healthy development that sets it up for the next up-leg. Given the current COT structure it would not be unreasonable for it to drop back to the support shown in the $18 area over the short- to medium term.