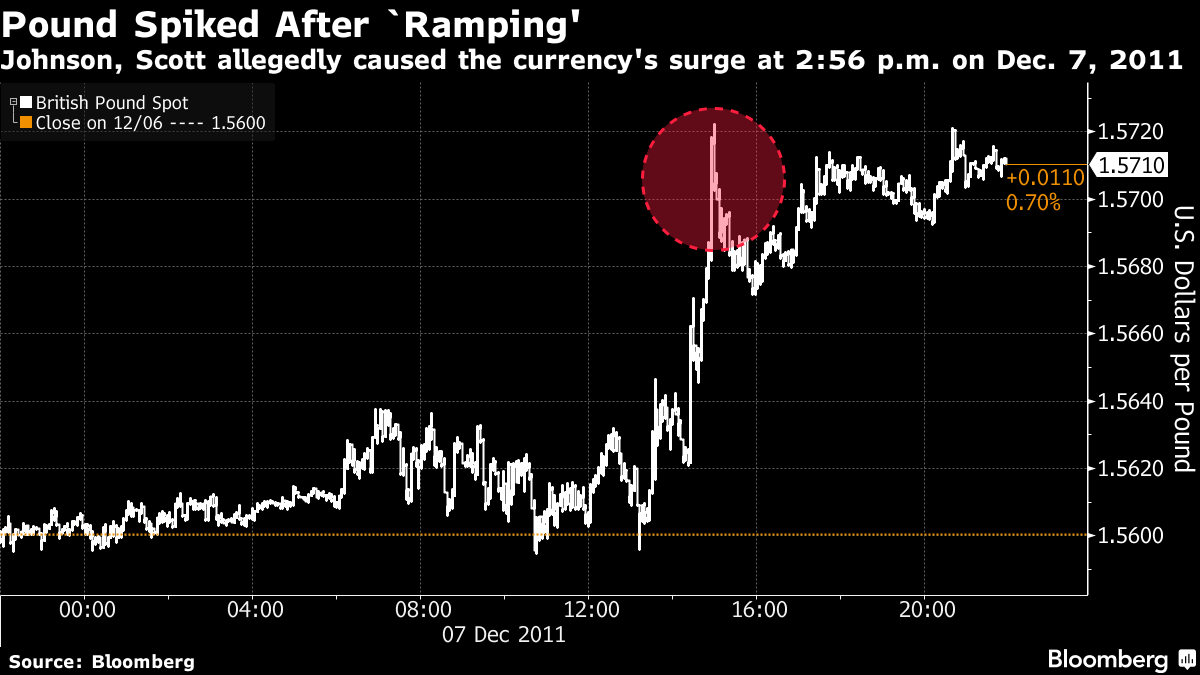 Federal agents surprised an HSBC Holdings Plc executive as he prepared to fly out of New York’s Kennedy airport around 7:30 p.m. Tuesday, arresting him for an alleged front-running scheme involving a $3.5 billion currency transaction in 2011.

Mark Johnson, HSBC’s global head of foreign exchange cash trading in London, was held in a Brooklyn jail overnight and will appear in court Wednesday, according to prosecutors. The U.S. unsealed a complaint against him and Stuart Scott, the bank’s former head of currency trading in Europe, making them the first individuals to be charged in the long-running probe.