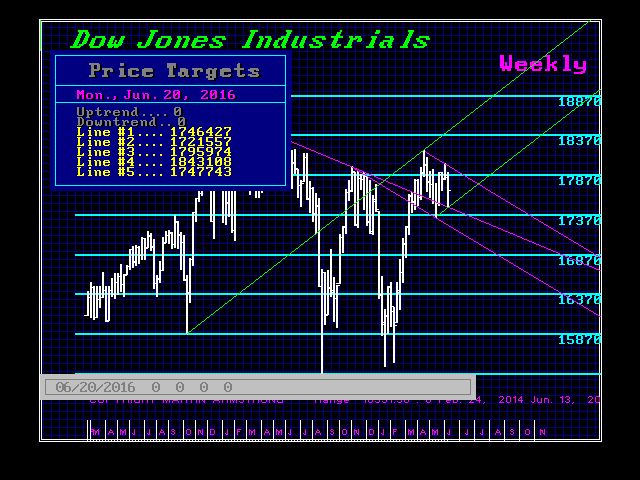 The Dow has fallen in its knee-jerk reaction to BREXIT, which really is hype thanks to politicians. The gains for Britain are clear. It escapes the forced immigration and it escape from EU draconian regulation. It is effectively the same as the American Revolution where the slogan was “no taxation without representation” and the EU structure is outright anti-democratic where the people are not represented at all. Britain has stronger trade links with the United States than with the EU. Only about half its exports are to the EU but that is offset by EU imports. There is nothing to gain here with regard to trade. The EU will try to play it tough and hurt its own people to try to demonstrate they will punish any other country who sees to leaves. Referendums are already being circulated in France and Netherlands in addition to the sentiment to exit in Greece, Italy, and Spain.