A perverse tax policy helps the rich to save, but doesn’t help the rest of us 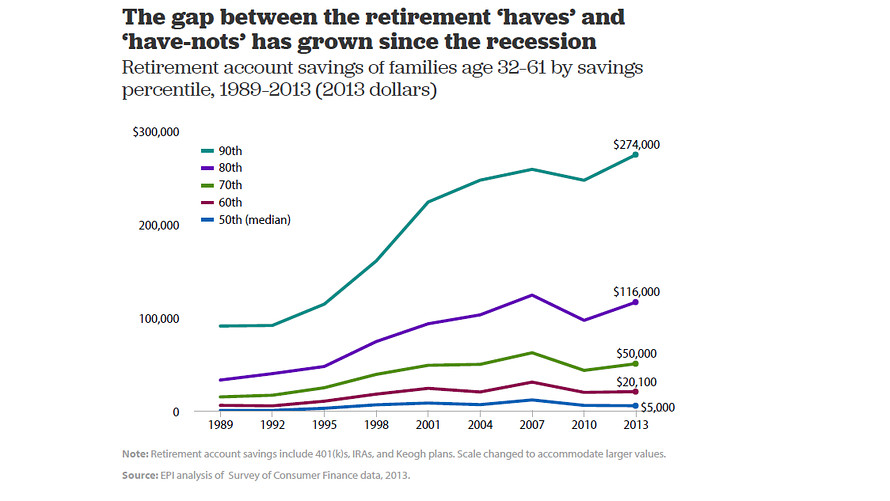 When American companies began switching from traditional pensions to self-directed 401(k)-like plans in the 1980s and 1990s, it was supposed to lead to a golden age of retirement security. No longer would workers be at the mercy of the company’s generosity or of Social Security’s solvency; workers themselves would be responsible for saving enough for a comfortable retirement.

Some 30 years later, the results are in: The median working-age couple has saved only $5,000 for their retirement, according to an analysis of the Federal Reserve’s 2013 Survey of Consumer Finances by economist Monique Morrissey of the Economic Policy Institute.

The do-it-yourself pension system is a disaster.