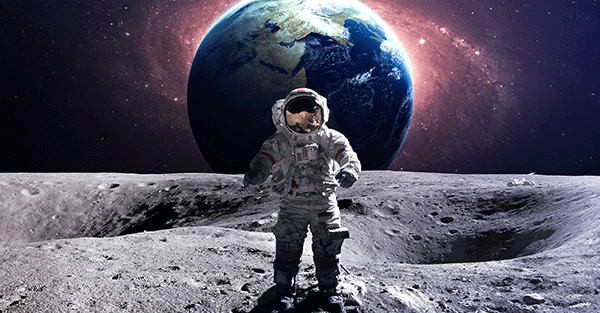 Astronaut takes first step inside International Space Station’s inflatable ‘spare room’ … Bigelow Aerospace developed the first-of-its-kind habitat as part of an $18 million contract with Nasa. The company has an eye on eventually using its inflatable technology to build hotels in space. – Telegraph

According to NASA, this “flexible habitat” is a model of something the astronauts might use on the moon or Mars.

What NASA scientists want to know is whether such habitats can shield astronauts from solar radiation, temperature fluctuations and space debris.

Of course, NASA’s skeptics have another question: Does the International Space Station even exist?