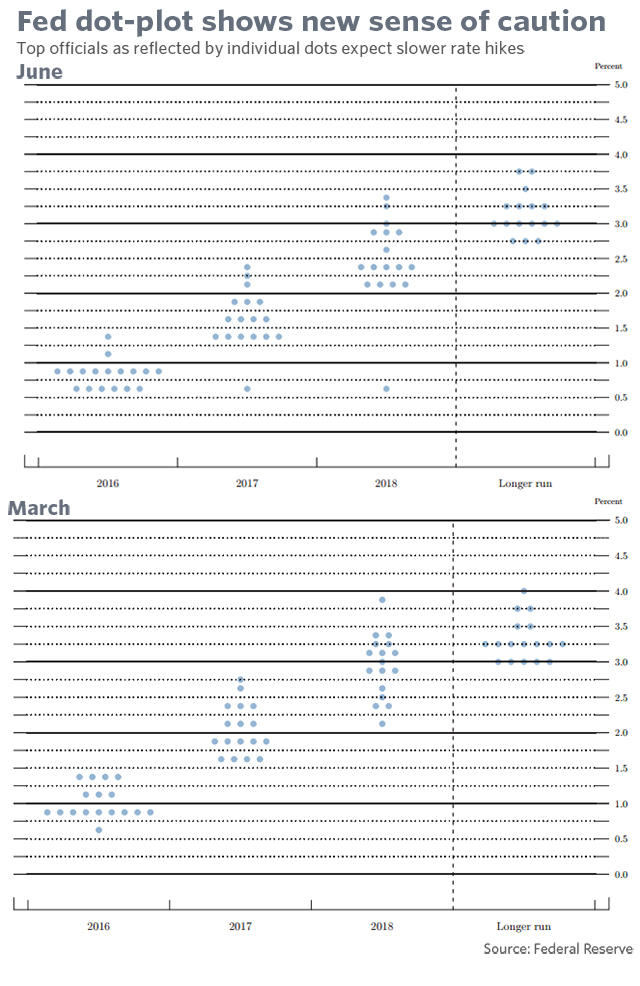 If the Federal Reserve’s “dot plot” reveals anything, it’s that the stewards of the American economy are even more pessimistic now than they were just a few months ago about how fast the U.S. can grow.

Not very long ago, top Fed officials were laying the groundwork for an interest-rate increase in June and talking optimistically about the economy. And now? They’ve put off an increase for the time being, see fewer hikes in the next few years and don’t think growth will speed up fast enough to push rates beyond 3% in the “longer run.”

The downshift is somewhat jarring.