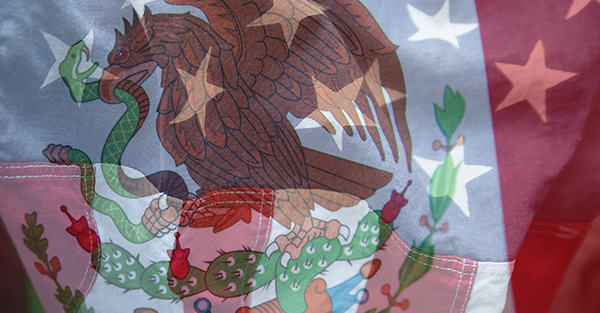 Mexican Finance Minister Luis Videgaray called … proposal to force the country to pay for a wall along the U.S. border, or face economic consequences if it doesn’t, a kind of diplomatic harassment that’s doomed to fail … Diplomats are mobilizing to assist immigrants in gaining U.S. citizenship, hosting free workshops on naturalization. About 12 million Mexicans live in the U.S. and almost half lack legal status, according to a study released in November by the Pew Research Center. –Bloomberg

Above, we have further confirmation of the sort we predicted months ago. Our thought at the time was that any, prolonged anti-Mexican sentiment, especially voiced by major candidates, would contribute to the further integration of systems and citizens.

Many in the US are against this sort of unification and are hoping that the current political firestorm blowing across the US will injure its possibility. But ironically, as we have argued, the anti-unification trend will likely serve as an impetus to organize pro-unification forces.