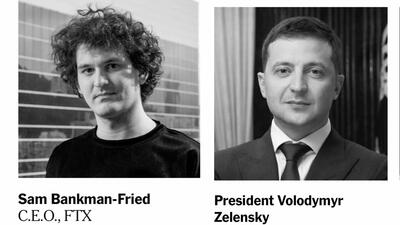 As we discussed last night, Sam Bankman-Fried has now demonstrated that he is both a pathological liar and a sociopath, the kind who in “explaining” to his employees how he stole billions (over $4 billion according to new FTX CEO John J. Ray) from the now bankrupt FTX, an act which left it insolvent and without liquidity, called it “loans” which were “generally” not used for “large amounts of personal consumption” (just “small amounts” used for such trivial items as $40 million penthouses and private jets).

[…] And the only reason we don’t officially call him a criminal just yet, is because he has not yet confirmed he used client money from his exchange to fund his personal hedge fund, an act which would cost any other individual decades in jail… but not prominent democrats like SBF or Jon Corzine, of course. Plus it’s the US legal system’s job to do that, not ours. Although we are growing increasingly skeptical this prominent Democratic donor will ever see the inside of a courtroom.