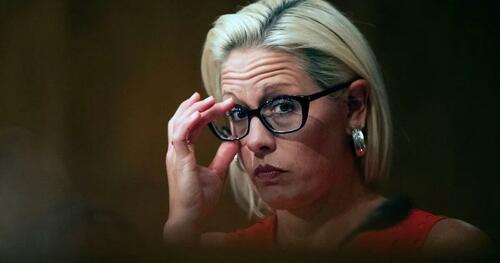 Arizona Senator Kyrsten Sinema – the lone Democrat holdout on the Biden administration’s revamped reconciliation bill – has finally signed off on it, after Democrats agreed to preserve the so-called carried interest loophole that allows investment managers (like her former bosses) to shield the majority of their income from higher taxes.

[…] In fact, Sinema told donors at a Wednesday night fundraiser that it makes ‘no sense’ to squeeze the private-equity industry that will finance various projects for the roughly $1 trillion infrastructure and $280 billion semiconductor bills that were signed into law earlier, according to the Wall Street Journal, citing a lobbyist who attended.