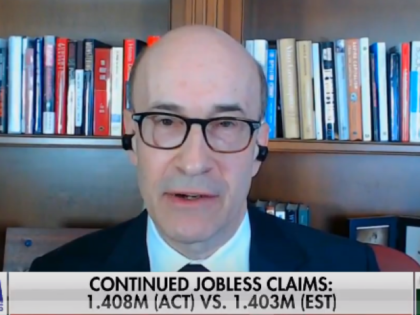 On Thursday’s broadcast of CNN International’s “First Move,” Professor of Public Policy and Professor of Economics at Harvard University Ken Rogoff said that inflation in the United States is “just way too high. It’s not getting under control.” And predicted that the Federal Reserve will not do enough to stop inflation, but will cool it down because “they won’t want to have an epic recession. I’m not even sure they can pull that off.” Rogoff also argued that the Biden administration was “pouring buckets of fuel” onto “the inflation fire” with its “massive stimulus.”

Rogoff said, “I think, in the end, they are going to pull up short. It’s true that if they wanted to really just wring inflation out of the system, and here we’re talking especially about the United States, where the — particularly, the last year, year-and-a-half has just had too much stimulus too late.