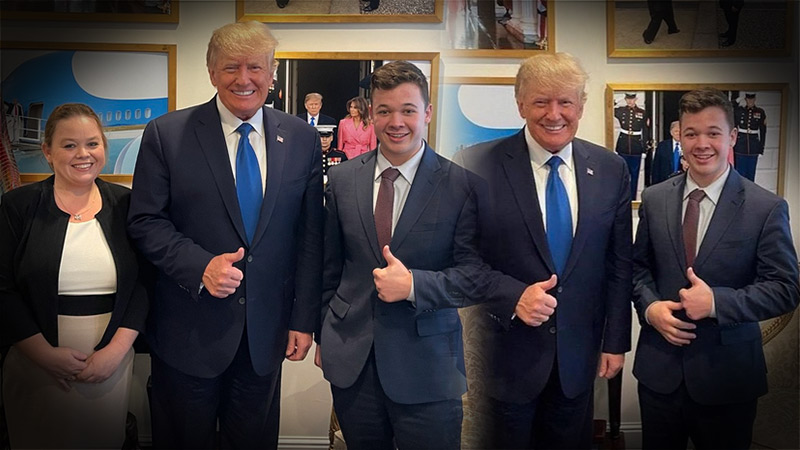 Kyle Rittenhouse met with President Donald Trump at the former president’s Mar-a-Lago property after the teenager’s acquittal last week. Trump revealed that he had met with Rittenhouse during an interview with Sean Hannity on Tuesday night.

“Kyle I got to know him a little bit. He called. He wanted to know if he could come over and say hello because he was a fan unlike the other guy,” President Donald Trump told Hannity. The 45th President was photographed with the 18-year-old in a photo subsequently uploaded to Twitter last night.