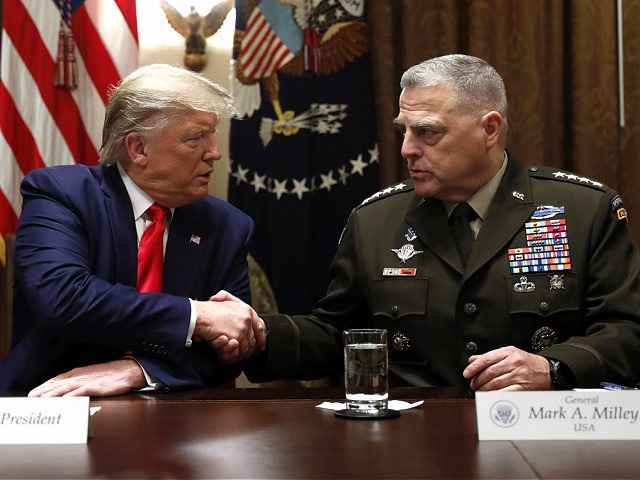 Sen. Rand Paul (R-KY) on Tuesday became the second senator to call for the removal of Chairman of the Joint Chiefs of Staff Army Gen. Mark Milley if allegations that he tried to undermine then-President Donald Trump and promised to alert China in the case of a U.S. attack are true.

I don’t care what you think of President Trump, the Chairman of the JCOS working to subvert the military chain of command and collude with China is exactly what we do not accept from military leaders in our country. He should be court martialed if true.

Couple that with his inept handling of the withdrawal from Afghanistan, and it is clear General Milley is no longer fit to serve as Chairman of the Joint Chiefs of Staff and should be removed immediately.