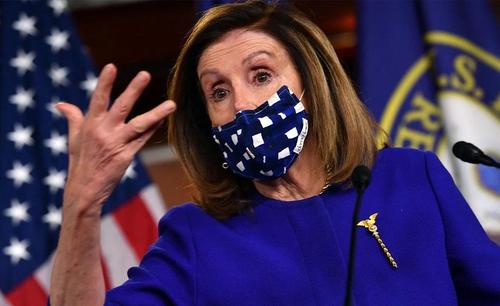 Next week is going to either be a massive victory for Congressional Democrats, or a deflating defeat which will send the Hill into chaos.

On Saturday, Pelosi warned in a “dear colleague” letter to members of the Democratic Caucus that they’ll have one week to “pass a Continuing Resolution, Build Back Better Act and the BIF” (Bipartisan Infrastructure Framework), adding that September 30th is a “date fraught with meaning” due to expiring programs that the Senate-passed BIF will provide fresh funding for, as well as the date that government funding will run out at midnight – risking a US default.

Gearing up for next week, Democrats on Saturday pushed the $3.5 trillion, 10-year Build Back Better act through the House budget committee, setting the stage for debate and a possible vote on Monday (but ‘only if Pelosi has the votes to pass’). The Speaker did not mention legislation to extend the debt ceiling.