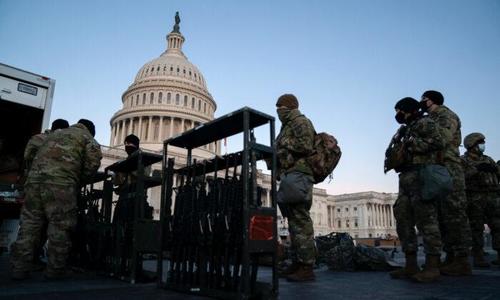 Authored by Isabel Van Brugen via The Epoch Times (emphasis ours),

The Pentagon offered National Guard troops two days before the Jan. 6 breach of the U.S. Capitol building, but that proposal was rejected, former chief of staff Kash Patel has confirmed.

In an episode of EpochTV’s “Kash’s Corner,” Patel, who served as chief of staff to the Acting United States Secretary of Defense under former President Donald Trump, explained why the Capitol breach could have been prevented.

Patel, who also served as a government official in the United States National Security Council and the United States House of Representatives, said that he believes that the offer from the Trump administration was blocked for “political reasons.”