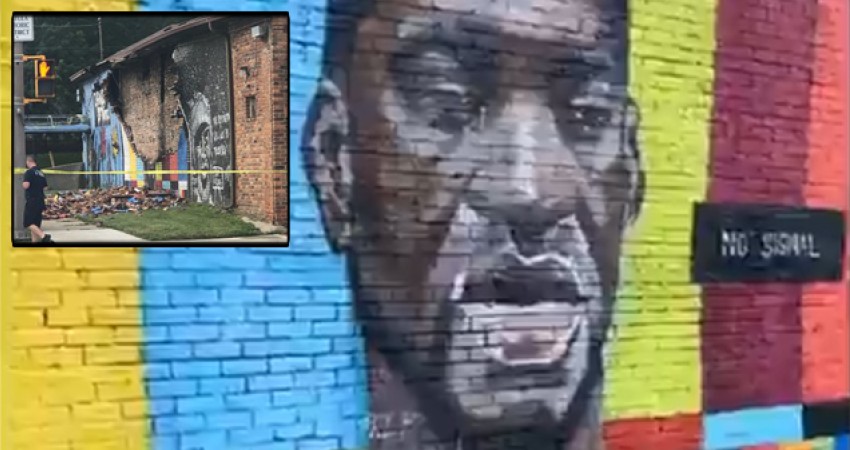 A lightning strike has completely destroyed a mural of George Floyd that was erected in Toledo.

Oh no, how awful.

After the mural collapsed, people were initially unaware of the cause, with one city inspector commenting it was “just age – it just came away,” noting that the mural had been bowing.

[…] Witnesses later confirmed that it had been destroyed by what the insurance industry used to refer to as an “act of God.”