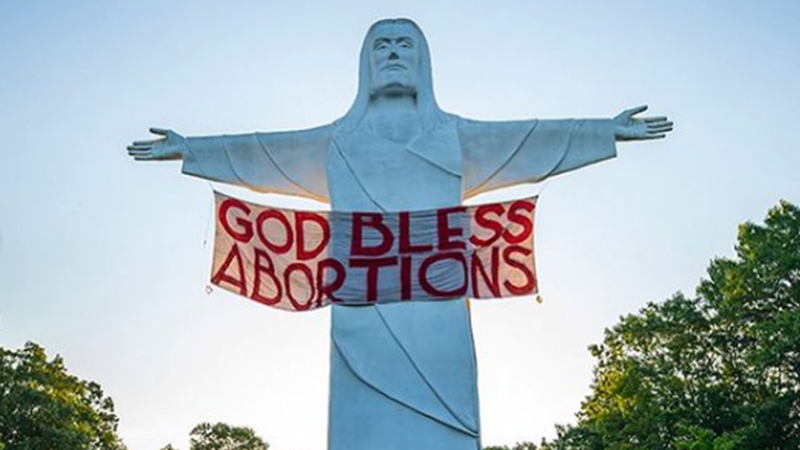 Far-left activist art collective INDECLINE is taking credit for a massive banner that was hung on the Christ of the Ozarks statue in Eureka, Arkansas, on Friday.

Early Friday morning before sunrise, members of the group disguised themselves as construction workers and brought the banner through a nearby wooded area before hanging it up.

[…] INDECLINE says the stunt was organized in “direct response to the dramatic attempts being made in Arkansas and throughout the South, to ban abortion services to women in need.”

The group posted photos on social media showing them using climbing equipment to hang on the arms of the statue.