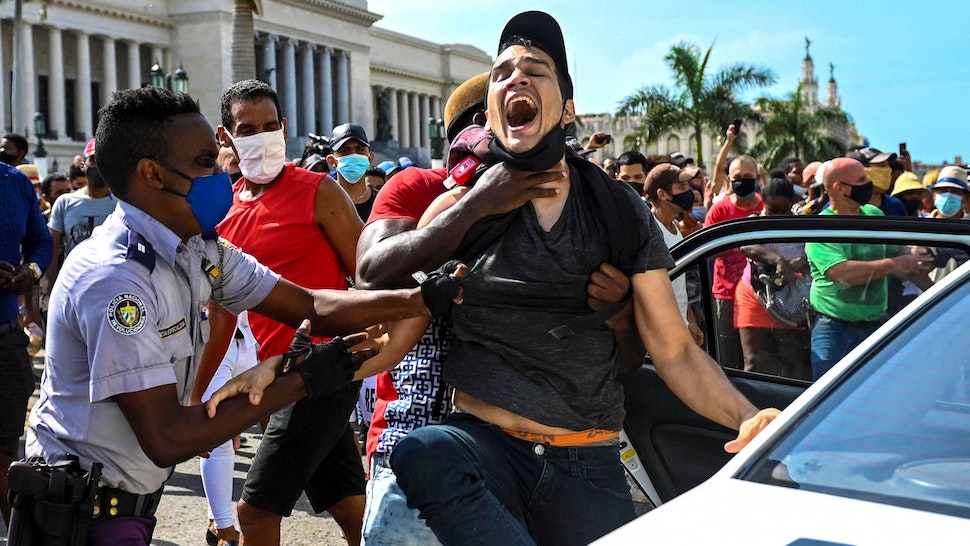 The communist Cuban dictatorial regime began cracking down on pro-freedom protesters on Sunday that stormed the island nation’s streets. Numerous arrests were reported as widespread internet outages spread across the nation.

Cubans took to the street in rarely seen demonstrations to protest the impoverished conditions of the island, their lack of freedom under the far-left Marxist regime, and did so while chanting “Liberty” and “Freedom” and waving an American flag.