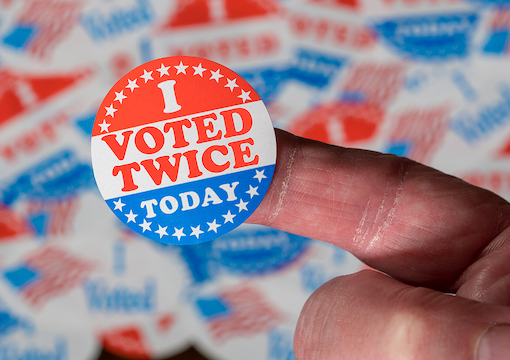 Why aren’t Republicans screaming from the rooftops about the Democrats’ plans to change voting rules to give themselves an advantage?

Their sleazy election bills, HR 1, the “For the People Act,” and HR 4, the “John Lewis Voting Rights Advancement Act,” are intended to help Democrats win majorities in both houses of Congress, at which point they will ignore Republicans entirely, end the filibuster, and pass everything in AOC’s Dream Journal — amnesty, gun control, a wealth tax, and a rainbows and unicorns energy bill.

So it’s kind of important for Republicans to kill these bills in the crib. It shouldn’t be hard. All they have to do is tell people what’s in them.

Are Republicans counting on Sen. Joe Manchin, D-W.Va., to save them? The GOP defeated Hillary Care in the 1990s far more decisively … then it came roaring back a few years later as Obamacare.