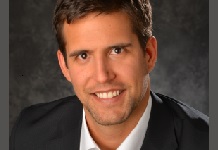 Chris Vermeulen returns… Gold A very bullish pattern. People following it are already bullish. The US Dollar is ready to resume a strong upward rally. It will help them consolidate. We’re at resistance now. We could see 1950. Selling in the stock market initially causes selling in the metals. Silver has been heading towards $30 but can’t make it. Once it does the sky’s the limit. Stocks we’re in a no man’s land right now. We’re getting a lot of signs towards a pullback consolidation, but the market is still in a bull market. Inflows into the NYSE is showing that the FOMO trade is alive and well. Big money is selling into the buyers. We need a consolidation to flush out weak holders. Meme stocks are dead eventually. Bitcoin is bearish. Parabolic moves get slammed. Masses pile in and it’s done for now. It’s done this 6 times since 2010. This bullish move is over. Bull market has retraced 50 percent. A chart is a chart is a chart. Interest Rates Could very well to continue sideways. It could rocket higher or collapse. Whichever way it breaks there’s going to be huge. Oil could hit $88, Chris called it months ago that it would go to 62-64. Now he believes $78 and $88 are obtainable. Energy companies are on fire. If crude holds the breakout it could really surprise and go higher.

Sign up (on the right side) for the free weekly newsletter.