“When I heard about it, I said ‘no way.’ What did Dr. Fauci know about ‘gain of function’ research, and when did he know it?” 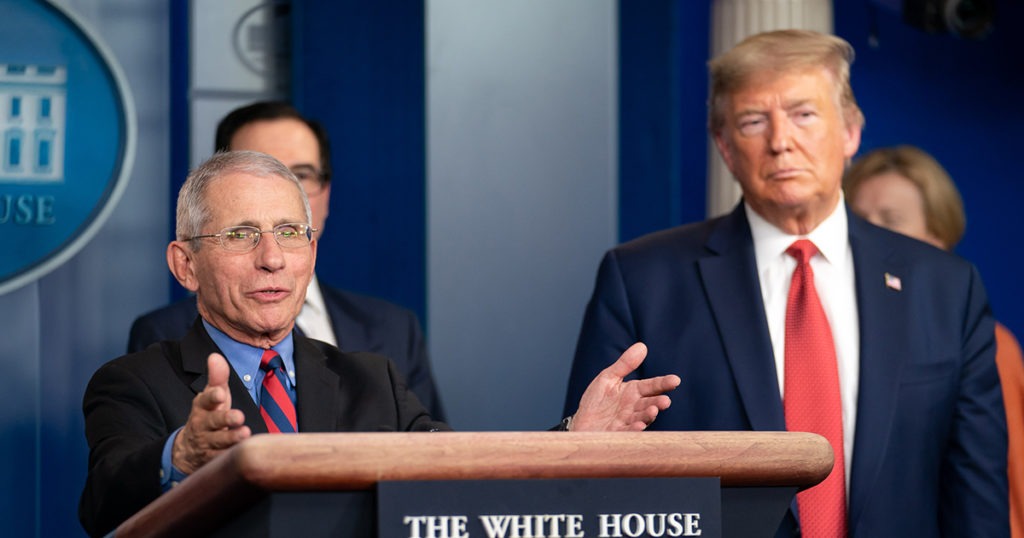 President Donald Trump issued a scathing response to the release of Anthony Fauci’s emails, noting that he routinely disagreed with the doctor, and questioning whether Fauci’s decision to fund controversial “gain of function” research at the Wuhan Institute of Virology in China may have led to the emergence of COVID-19.

“After seeing the emails, our Country is fortunate I didn’t do what Dr. Fauci wanted me to do. For instance, I closed our Borders to China very early despite his not wanting them closed. The Democrats and the Fake News Media even called me a ‘xenophobe,’” wrote President Trump. “In the end, we saw this was a life-saving decision, and likewise with closing our borders to Europe, specifically to certain heavily infected countries. I was later given credit, even by ‘Tony,’ for saving hundreds of thousands of lives. Dr. Fauci also didn’t put an emphasis on speed of vaccine production because he thought it would take 3, 4, or maybe even 5 years to create. I got it done in less than 9 months with Operation Warp Speed.”