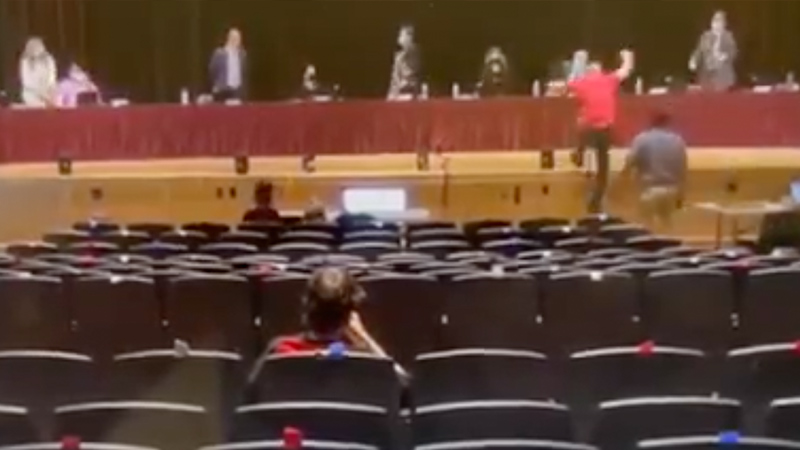 Footage out of New York shows a school board member calling a parent an “asshole” and trying to physically fight said parent during a Tuesday night meeting.

After several parents pushed back against the Penfield Central School District’s mask policy and controversial “diversity, equity, and inclusion” curriculum, a board member named William Yeager allegedly made a dismissive gesture.

When Yeager made the gesture, a mother attending the meeting asked, “What was that?” and a father named Rich Tyson requested Yeager “Be respectful.”

At this point, Yeager lost control and shouted, “You’re not gonna stand up here and do anything to me, asshole!”