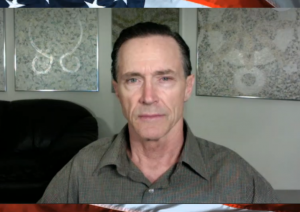 About a month ago, climate engineering researcher Dane Wigington said the severe drought unfolding in the Western United States is only going to get worse. It has. Now, large portions of the Western U.S are being hit with earthquakes. Wigington contends that science shows the rash of earthquakes in the West are linked to climate engineering. One example is the earthquake in Fukushima in 2011. The science is backed up by a report from MIT. Wigington explains, “All this data is extremely verifiable. The testimony from MIT is extraordinarily damming. Their words were ‘extremely anomalous heating directly above the epicenter in the days prior to the quake.’ . . . The Fukashima meltdown was not intended, but when you trigger seismic activity on that scale, massive consequences happen. . . . The ability to cause seismic activity with radio frequency microwave transmissions is very well documented scientifically. . . . There is no official source that is willing to discuss this because it is simply too alarming to the population. The liability issues from decimating food supplies and tripping seismic activity is incomprehensible. When people find out what is being done to them, I would argue that’s when they take to the streets with their proverbial pitchforks and torches to look for anyone and everyone involved.”