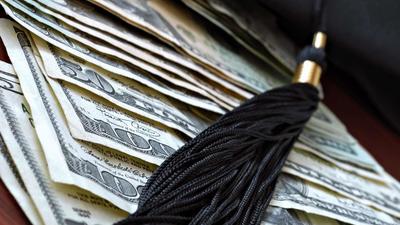 President Joe Biden is still reportedly mulling whether to cancel up to $10K in student debt per borrower, a plan that, as we have pointed out in the past, would mostly benefit the Democrats’ wealthier, college-educated voters.

In Congress, several plans were kicked around earlier his year before President Biden’s $1.9 trillion stimulus was ultimately passed. But analysts at Goldman Sachs believe a more scaled-down plan is the most likely. With the moratorium on student loan payments set to expire on Oct. 1, a critical headwind that has allowed (mostly middle-class) Americans to bolster their savings substantially.

[…] According to Bloomberg, “there’s an unwelcome side of the return of business-as-usual after the pandemic: They’ll have to start repaying their student loans again.”