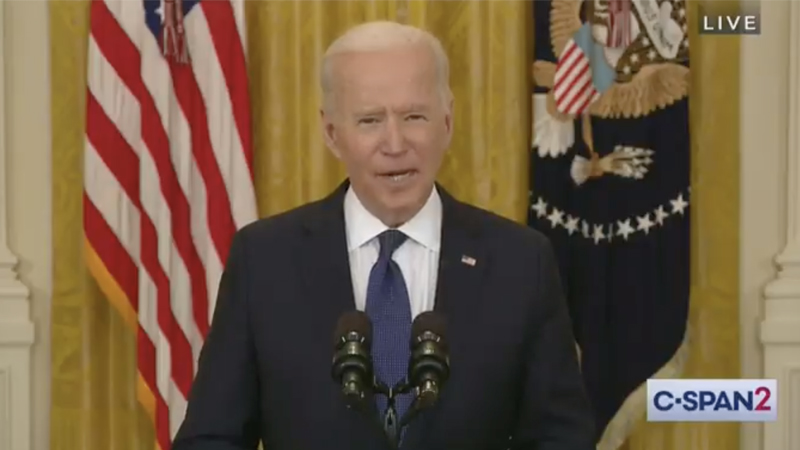 Joe Biden gaslighted the American people once again on Monday, insisting that “we don’t see much evidence” of people choosing to stay home collecting government welfare rather than work.

“There’s been a lot of discussion since a Friday’s report that people are being paid to stay home rather than go to work. We don’t see much evidence of that,” Biden said during a speech.

Biden is lying: there is a plethora of evidence showing precisely that.

For example, many restaurants in New York City claim they’re suffering a shortage of workers because they “can’t compete” with Biden’s unemployment payments.

“If I was working a back-breaking job and making $600 a week and I had had the option of making $600 and not breaking my back — the choice is obvious,” said Philippe Massoud, CEO of the Lebanese eatery Ilili.