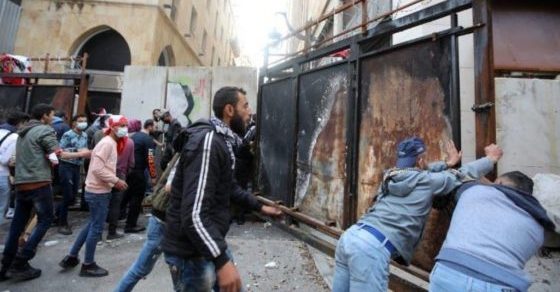 While the United States has staved off the worst of hyperinflation, for now, Lebanon is not so fortunate. Violence has erupted in the streets as people’s currency is worthless and they can no longer afford to buy food.

This is all a part of a larger agenda. The central banks and the ruling class want a digital dollar in order to permanently control people. By intentionally collapsing the currency, they think people will line up to get their digital wallets and pittance from the state in exchange for total slavery, and sadly, some will.

If you want a glimpse into the future, however, let’s take a look at what’s happening in Lebanon…

Lebanon’s currency collapse has accelerated and with it the economy and people’s living standards, according to a report by ZeroHedge. It appears the Lebanese people have had enough, and the widespread protests pose the biggest threat to the nation’s stability since the 1975-1990 civil war.