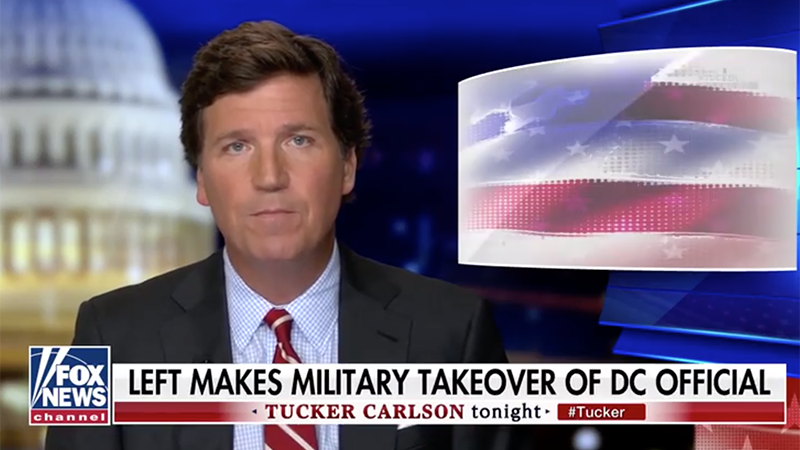 Tucker Carlson outlined Thursday how Democrats intend to maintain a permanent military presence in Washington DC and will continue to manufacture security threats to keep fear among leftists high.

“When you’re a liberal, the world is a very scary place, but there is one fear that rises above all other fears in the liberal mind: The fear of “the other,” Carlson opined in his monologue.

[…] He continued “Liberals understand most of the American continent as a mysterious dark space, like a medieval map populated by drooling Trump voters and violent illiterates with extra chromosomes.”

“There’s nothing rational about that behavior, but you shouldn’t be surprised by it. Modern liberalism is not a coherent worldview, it’s a deeply unhappy, high-strung personality type. Wokeness is what you get when people are miserable inside,” Carlson added.