The heavy-handed measure, a direct response to the protests provoked by the shooting of Breonna Taylor, looks like an attempt to deter constitutionally protected activity. 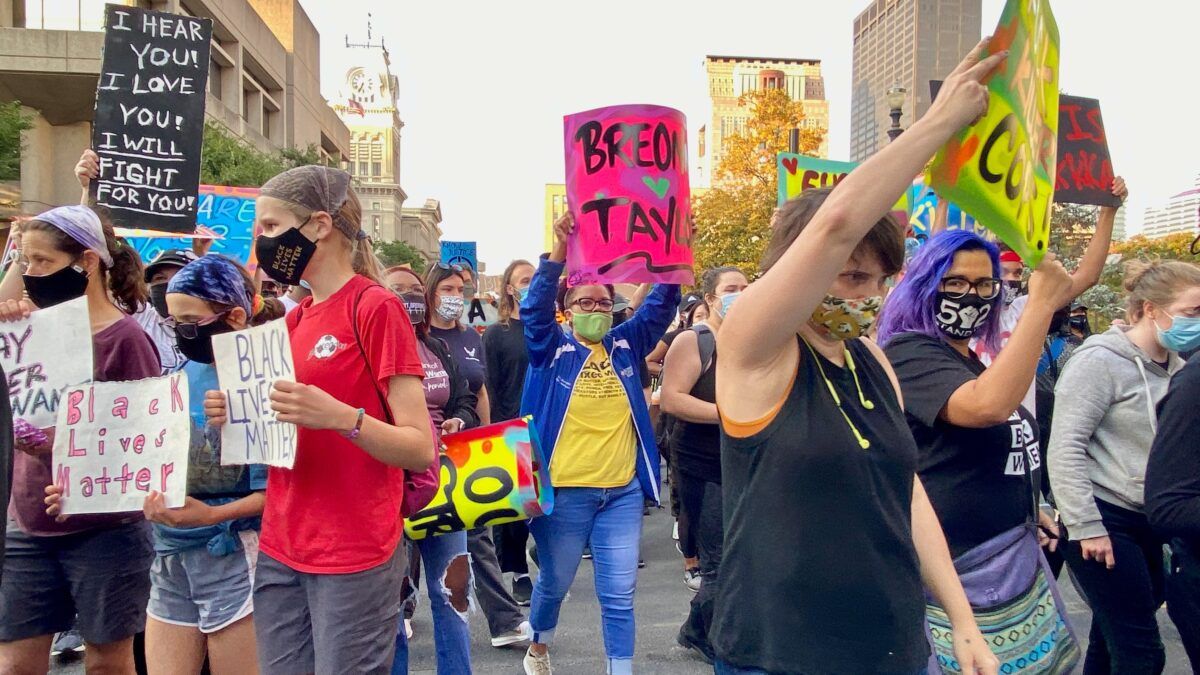 A bill approved by the Kentucky Senate last night would make it a crime to supply rioters with anything that can be used as a weapon, possibly including water bottles and other seemingly innocuous items that can be deployed as projectiles. S.B. 211, which was approved by a vote of 22 to 11, classifies such conduct as a Class A misdemeanor, punishable by a $500 fine and up to a year in jail.

The bill, which will now be considered by the Kentucky House of Representatives, says “a person is guilty of riot in the second degree when…he or she knowingly provides supplies to a riot that can be used as weapons or dangerous instruments.” It defines riot as “a public disturbance involving an assemblage of five (5) or more persons which by tumultuous and violent conduct creates grave danger of damage or injury to property or persons or substantially obstructs law enforcement or other government function.” The definition of dangerous instrument includes any “instrument,” “article,” or “substance” that, “under the circumstances in which it is used, attempted to be used, or threatened to be used, is readily capable of causing death or serious physical injury.”