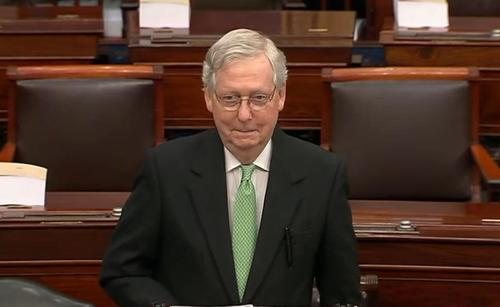 Senate Minority Leader Mitch McConnell (R-KY) says there would be a ‘scorched earth Senate’ if Democrats push forward to eliminate the filibuster, which requires a supermajority of 60 votes to pass most types of legislation.

“Nobody serving in this chamber can even begin to imagine what a completely scorched earth Senate would look like,” he said, predicting that the Senate would turn into “a 100 car pile-up“ where “nothing moves” – implying it would somehow be akin to February’s 100-car pile-up in Texas where six people died, we guess.

If Dems ‘blow up the filibuster,’ McConnell says he’ll require a quorum for every piece of Democrat legislation – which VP Kamala Harris couldn’t become a tie-breaker for, and that previous actions would seem like “child’s play.”