[Ed. Note: This b*tch is less American than Adolph Hitler.] 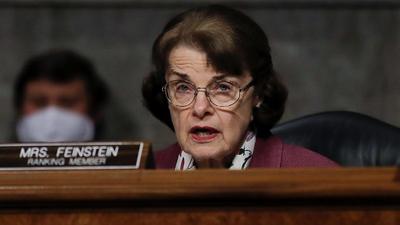 Hours after the House passed a bill allowing for unlimited delays for FBI background checks, and Senate Majority Leader Chuck Schumer revived a House-passed bill requiring background checks for private firearms sales, Sen. Dianne Feinstein (D-CA) announced that she would soon ‘work with her Senate colleagues’ to pass other reforms – including an assault weapons ban – in the coming weeks.

I look forward to working with my colleagues to pass this bill and other reforms, including the assault weapons ban I will reintroduce in the coming weeks. With a new administration in the White House, it’s time to take action to end gun violence. pic.twitter.com/SRSJ7BSDs0

It’s unclear which features on scary black rifles that are functionally equivalent to any hunting rifle will be off-limits.