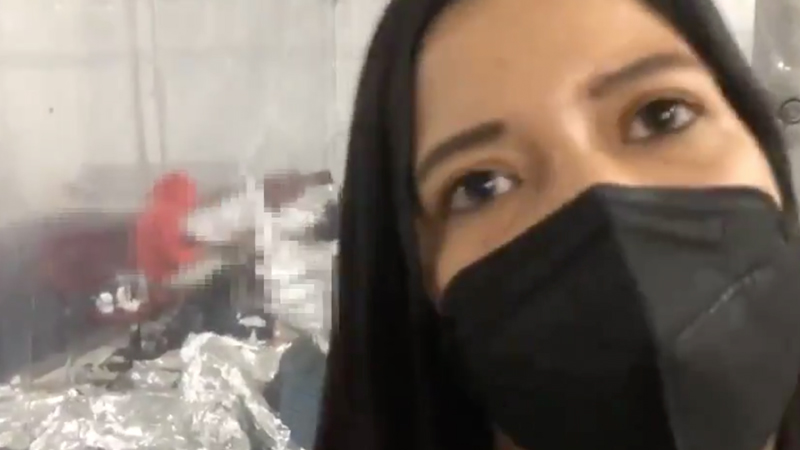 A political operative of the Biden Administration attempted to stop Sen. Ted Cruz (R-Texas) from documenting the squalid conditions inside a crowded illegal immigrant detention facility in South Texas.

On Sunday, Cruz uploaded video of a woman blocking him filming as he tried to show the American people the inside of an overflowing detention center in Donna, Texas.

How far is Joe Biden going to stop the American people from seeing inside the Donna CBP facility?

As Cruz attempted to film, a woman approached him obstruct the camera view and telling him to “Please give dignity to the people.”

“This is not a zoo, sir,” the woman at one point tells Cruz, to which he responds, “You’re right and this is a dangerous place and your policies unfortunately are trying to hide them.”