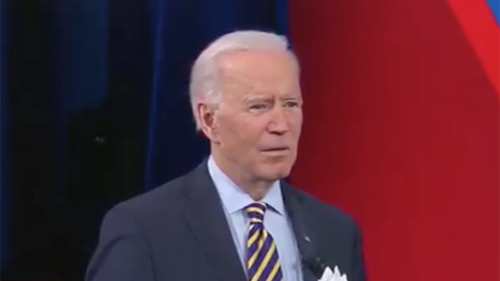 In his first such public appearance since the campaign, President Biden joined CNN’s Anderson Cooper on stage last night in Milwaukee in a town-hall-style discussion. It did not go well… but you’d never know that if you only read the mainstream media.

The president faced no pushback from Mr.Cooper for failing to denounce China’s Uyghur genocide calling it a “cultural norm”, or claims that black or brown ‘folks’ don’t know how to use the internet, that military is fueling the “growth of white supremacy, or the fact that he wakes up every morning wondering “where the hell are we?”

As Summit News’ Steve Watson details below, the question, after watching this, should be “this guy is in charge now?”

When Anderson Cooper asked the hard hitting probing question ‘What is it like to live in the White House?’ Biden responded by stating “I wake up every morning, look at Jill, and say ‘where the hell are we?’”