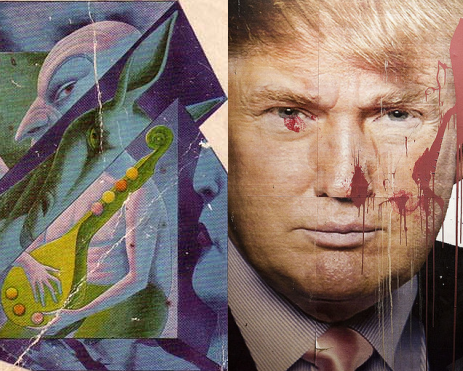 “Excellence, he is known as the Mule. He is spoken of little, in a factual sense, but I have gathered the scraps and fragments of knowledge and winnowed out the most probable of them. He is apparently a man of neither birth nor standing. His father, unknown. His mother, dead in childbirth. His upbringing, that of a vagabond. His education, that of the tramp worlds, and the backwash alleys of space. He has no name other than that of the Mule, a name reportedly applied by himself to himself, and signifying, by popular explanation, his immense physical strength, and stubbornness of purpose.” – Isaac Asimov, Foundation and Empire

“The fall of Empire, gentlemen, is a massive thing, however, and not easily fought. It is dictated by a rising bureaucracy, a receding initiative, a freezing of caste, a damming of curiosity—a hundred other factors. It has been going on, as I have said, for centuries, and it is too majestic and massive a movement to stop.” – Isaac Asimov, Foundation

In March 2017, a mere two months after the stunningly unexpected victory of Donald Trump over the Deep State hand picked representative of dark forces – Hillary Clinton, I wrote a three-part article based upon Isaac Asimov’s Foundation trilogy, attempting to connect Trump’s elevation as the Gray Champion of this Fourth Turning to the plot of Asimov’s masterpiece. The three articles: