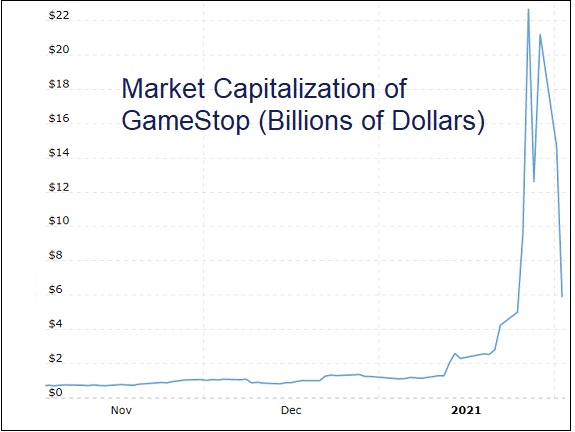 There is recent evidence that the U.S. is already seeing capital flight. According to a January 24 report from the United Nations Conference on Trade and Development, China beat out the U.S. in foreign direct investment inflows last year, receiving $163 billion versus $134 billion for the U.S. That was a radical change from 2019 when the U.S. received $251 billion in foreign direct investment versus $140 billion for China.

Capital flight could accelerate this year if the craziness in Congress and Wall Street continues. Just ask yourself this, would you want to invest in a country that had scenes of a bloody attempted coup of the government featured on the front pages of newspapers around the world? Would you want to risk your savings in a stock market that has ceased to perform its two key functions: a pricing mechanism for the value of companies and efficient allocation of capital to worthy businesses and industries.