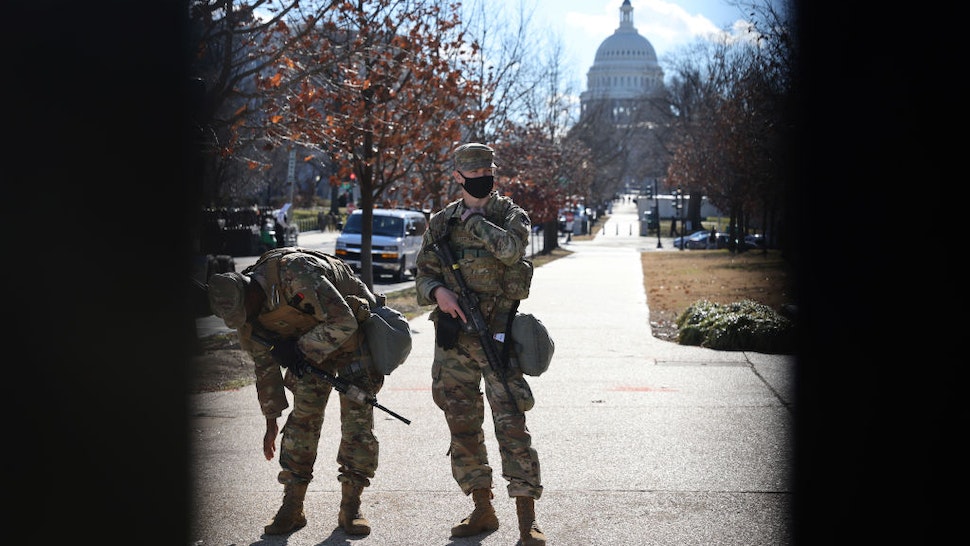 The presence of National Guard troops in Washington, D.C., is racking up a hefty bill of $500 million as threats reportedly require them to remain into early spring.

The estimate exceeds even the $480 million Bloomberg projected Thursday, according to an official who confirmed the number to The Hill, and does not include the costs incurred by the city.

Approximately 26,000 guardsmen from all 50 states, as well as three U.S. territories and the District of Columbia, descended on the capital in the wake of the unrest on Jan. 6, locking down the sensitive areas around the Capitol building, National Mall, and large portions of downtown with police barricades and razor-topped fences.

Troop numbers have decreased to around 7,000 since the inauguration of President Joe Biden, with about 5,000 planning to remain until at least mid-March, in accordance with a Department of Homeland Security bulletin that warns threats remain even after the inauguration.